Priority level is a way to rank the relative importance of individuals within your people database.

Written by Kev O'Connor
Updated over a week ago

Priority level is a way to rank the relative importance of individuals within your people database. It is a 5-point scale, with 5 being highest and 1 being lowest priority.

Priority level can be a relatively fluid way of sorting people, sometimes used to define short-term outreach goals. It can also be used to acknowledge how important a particular person is to achieving an organization's mission. On the other hand, support level is a relatively static way of ranking a person's support of the mission.

A visual representation of priority level is always included in a person's profile.

Priority level can be set in the following ways: 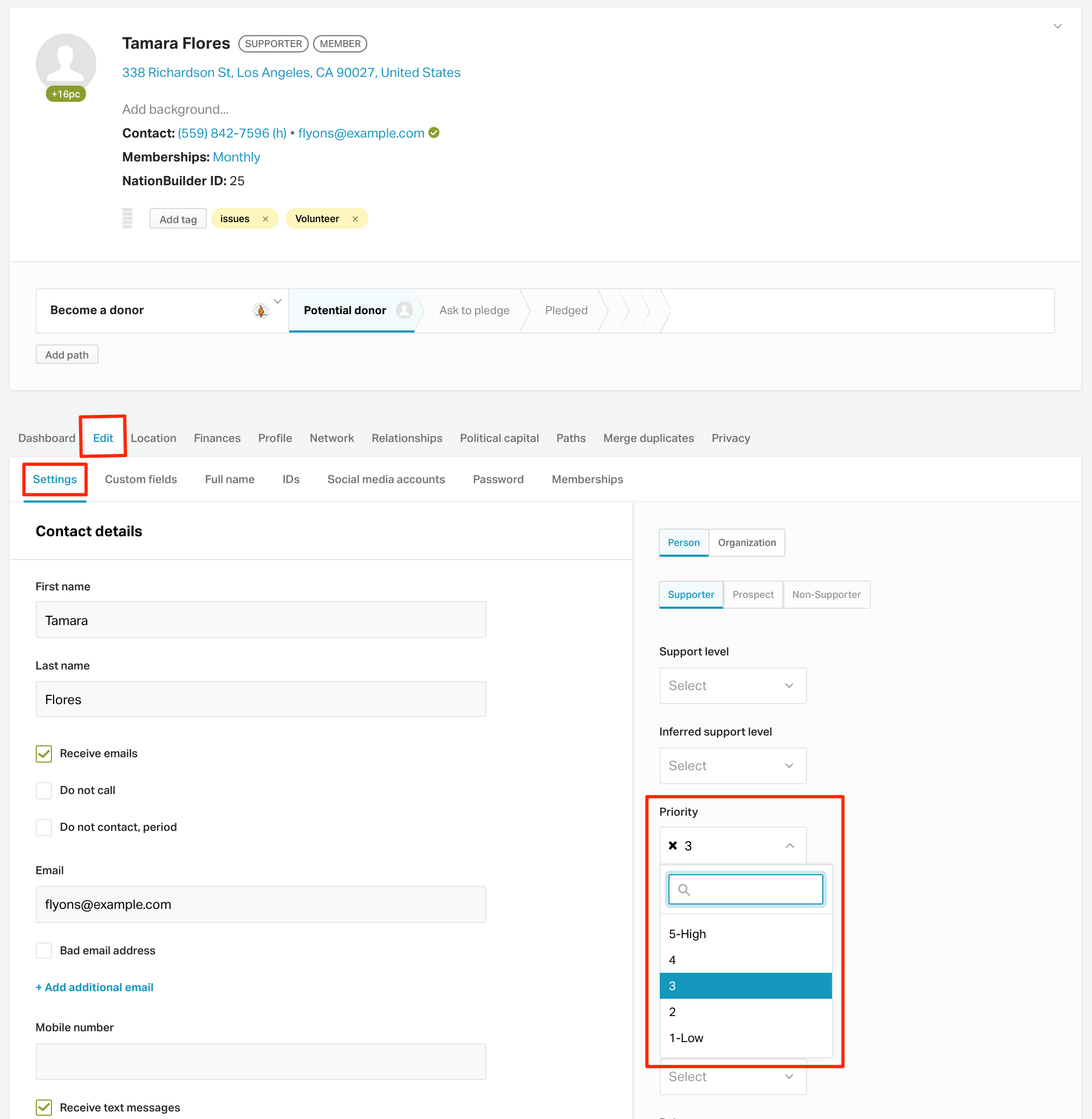 There are several standard ways to sort the People section. When you click on the sort button, sorting by highest priority is one of the first options available.