Track the success of a call-to-action for your automation

Written by Sally Chou
Updated over a week ago

📌 Note: Additional automations are available as add-ons. For more information on adding new features please see the add-ons page in your nation.

This allows you to enroll a person in an automation after they take a particular action, send them emails asking them to take another action, track when they take that action, and stop sending them reminder emails.

Conversion rules are set in the Settings > Conversions tab: 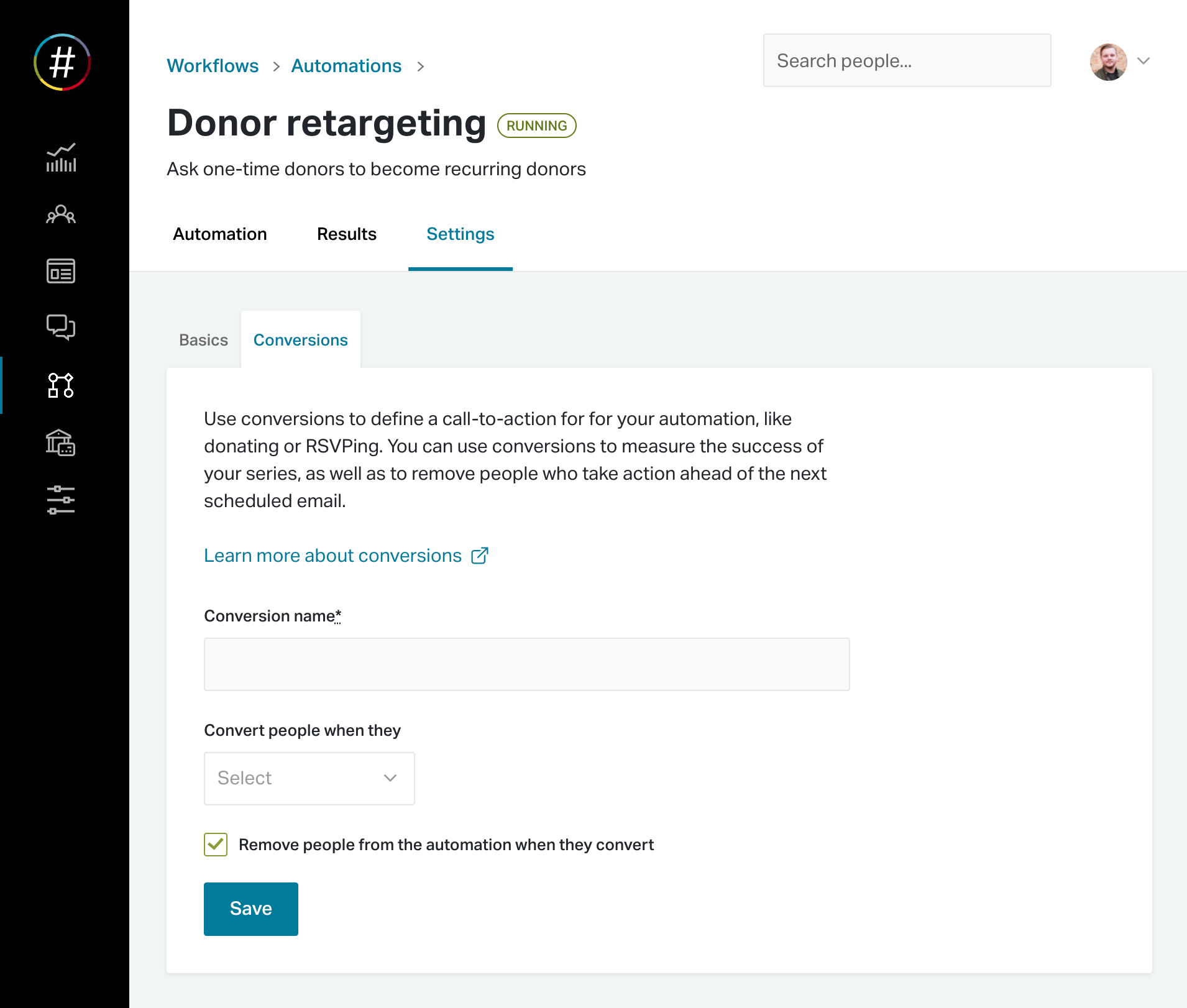 Once you’ve given the conversion a name, you’ll select the action that a supporter would take: 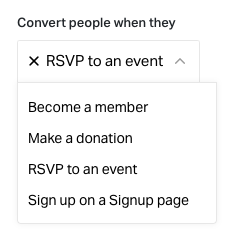 Some of the actions will have action-specific options to choose from. 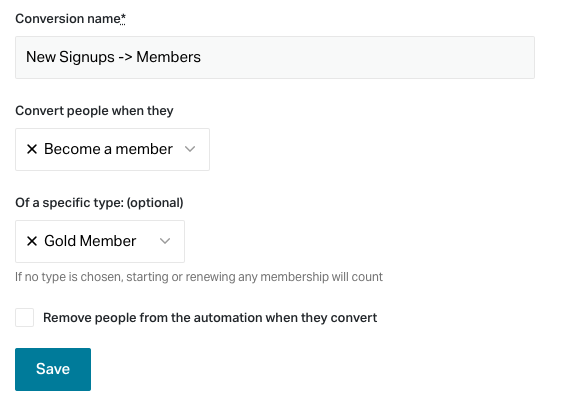 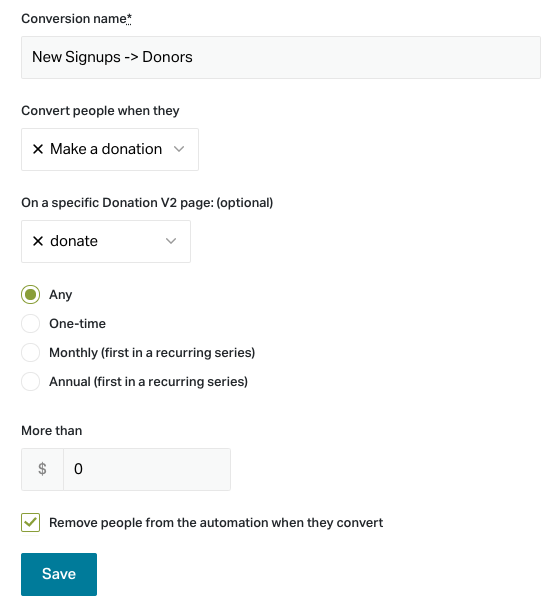 RSVP to an Event 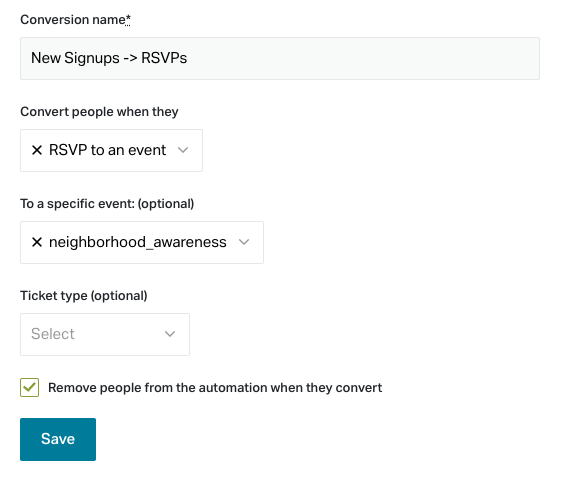 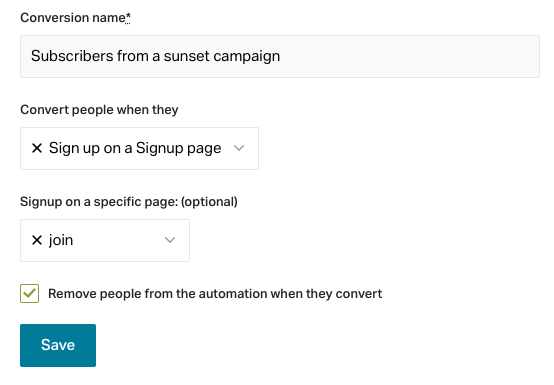 At the bottom of each conversion definition form, there is the option to remove users who convert from the automation:

When this option is selected, people who convert will be removed from the automation and won't receive any subsequent emails. This is great for preventing additional emails from going out that might ask them to take the same action.

Conversion results are visible under the Results > Conversions tab:

As people on the automation take converting actions, they'll show here under the stats for the particular conversion rule: 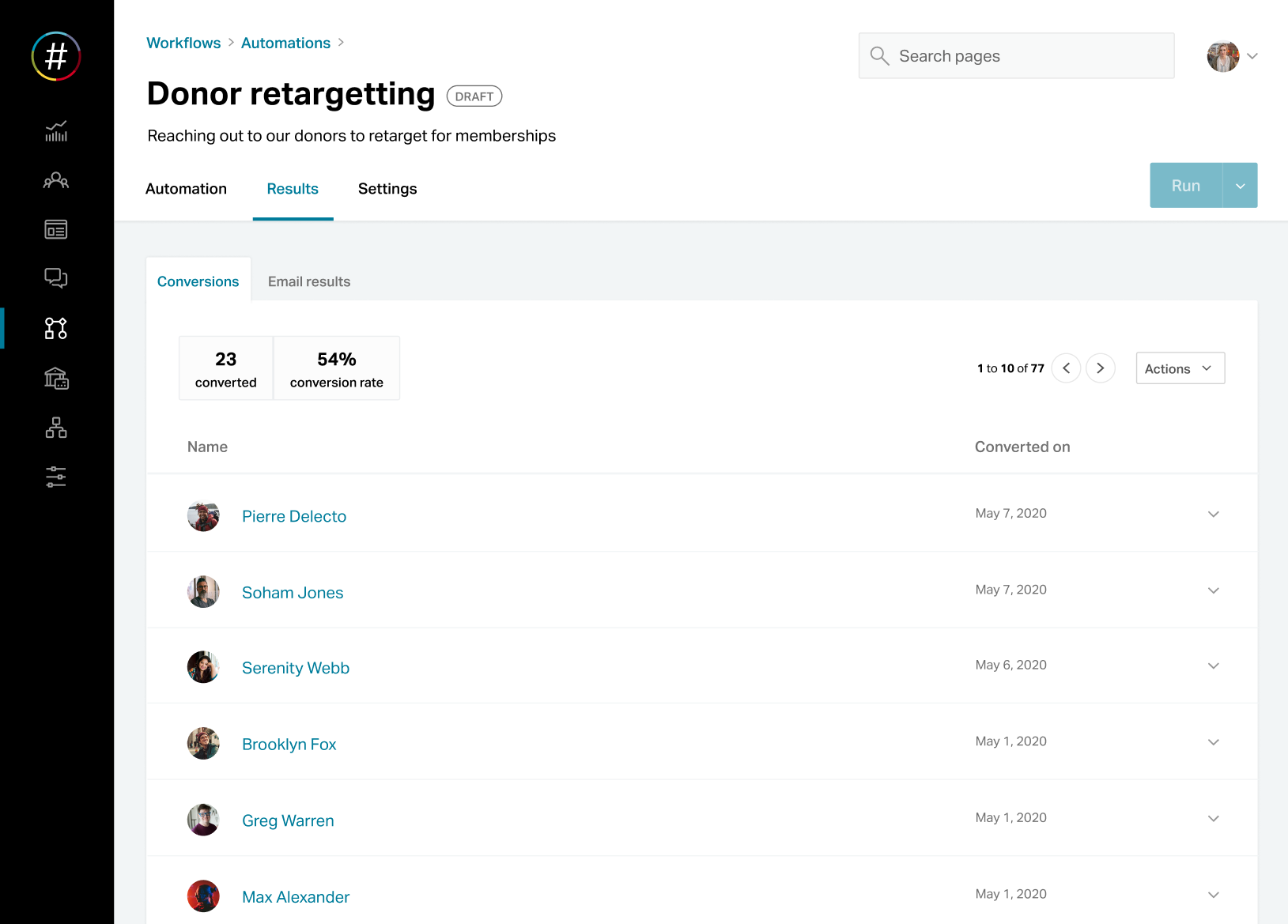 Once a person has converted, they'll also appear in filter results for having converted while on that automation:

Because actions that count a person as having converted can often be made on pages that can also start users on automations, it's possible to have the supporter automatically start a second automated series after taking an action that the first automated series asked them to take.

You may, for example, have a petition page set as the source for an automation with the goal of asking supporters to become one-time donors. The donation page linked in the emails of this automation could then be set both as the specific page in the "Make a donation" conversion rule, and the source of another automation that encourages one-time donors to start recurring donations or become members.

By setting up a chain of converting actions, it's possible to combine automated campaigns that encourage new supporters to take a series of actions that helps them climb a particular ladder of engagement. Not only does this reduce the manual work previously required to more deeply engage with the supporter, it allows the organization to keep track of the performance of each campaign along the way.